Siaton is located south of Dumaguete City just about 50 kilometers. From the vast land area and stunning sea views and mountainous, the municipality of Siaton is indeed a great place. It is known by locals as the “rice bowl” of the South in Negros Oriental province.

There are many different versions of how Siaton became the town it is today. Some legends sound a bit more far-fetched while some sounds realistic. According to history, the little town of what we know today as Siaton can be traced back to the days before the arrival of the Spaniards in the Philippines. In the island of Buglas (today known as Negros Island) was a small group of people who lived in Bokoboko (between the now Canaway and Siaton rivers). They were the descendants of one of the ten families that moved away from Borneo with Datu Puti. 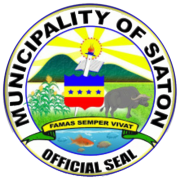 The people were prone to regular raids by pirates and they were then forced to move out to Olambid. They further moved out to Calumpang as instructed by the Spanish missionaries in the town under Eskong Yawa and finally in 1872, they settled in Poblacion.

There are many ways to get to the municipality. The easiest way is by riding a bus. The Ceres Bus Terminal in Dumaguete City offers air-conditioned and non-airconditioned rides for about Php 70.00 and Php 60.00, respectively. Traveling time to Siaton proper from Dumaguete City will be about an hour and a half. One can also get a V-hire or van for hire. Terminal for the V-hires going south is located next to Foodnet near the Banica Bridge in Perdices Streets. Traveling time will be about an hour and will cost Php 60.00 only.

What to Do in Siaton?

There are many beautiful sights to see and things to do. From swimming along the Turtle Island and Tambobo Bay. There is also kayaking and cottage riding at the Balanan Lake. The municipality also celebrates their grand fiesta with the celebration of the Inagta Festival.